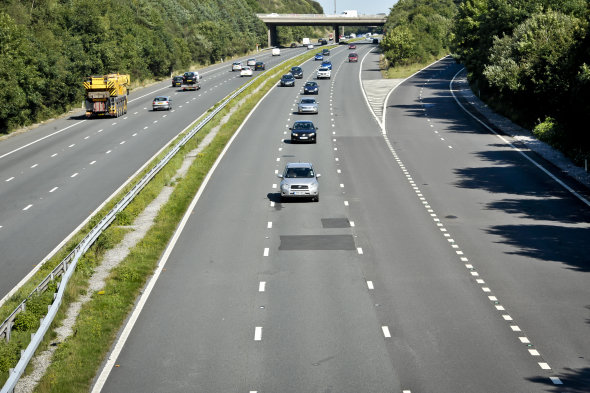 A van driver has been handed a £940 fine and five penalty points after being convicted of ‘hogging’ the middle lane in what is thought to be the first conviction of its kind ever.

The driver of the Citroen Berlingo was going at 60mph and repeatedly refused to move out of the middle lane of the M62 near Huddersfield despite numerous opportunities to do so, forcing other motorists to brake and swerve to overtake them.

Leeds Magistrates’ Court ordered the driver – who did not appear in court – to pay a fine of £940 and have five penalty points on their driving licence in the first court conviction for the offence since the government made it illegal in 2013.

‘It [hogging the middle lane] reduces the capacity of roads and motorways, and can lead to dangerous situations where other drivers “tailgate” the vehicle in front to try and get the lane hogger to move over,’ explained PC Nigel Fawcett-Jones from the Road Policing Unit.

Figures released in March showed that police had handed out over 10,000 on-the-spot fines since a change in law that allowed them to hand ‘inconsiderate’ motorists with £100 charges.