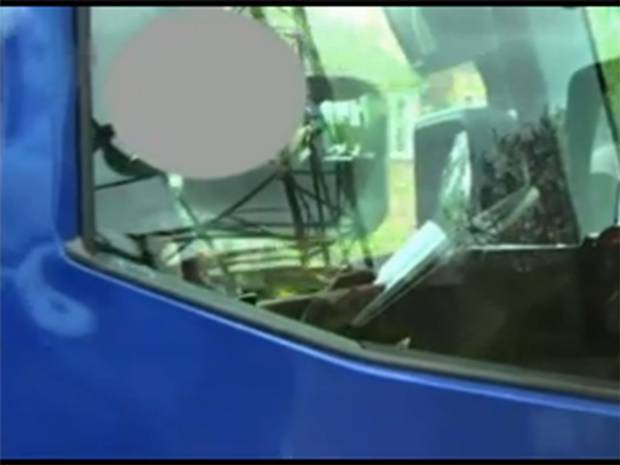 A trucker has been caught reading a book while driving his lorry along a motorway, police have said.

Secretly filmed on the M60 in Greater Manchester, the man’s book was spotted resting on the lorry’s steering wheel.

He was given a fixed penalty notice as part of a Greater Manchester Police (GMP) drive against dangerous driving.

He was one of 71 motorists stopped for traffic offences – 50 for using mobile phones – by officers patrolling in an unmarked HGV cab fitted with cameras.