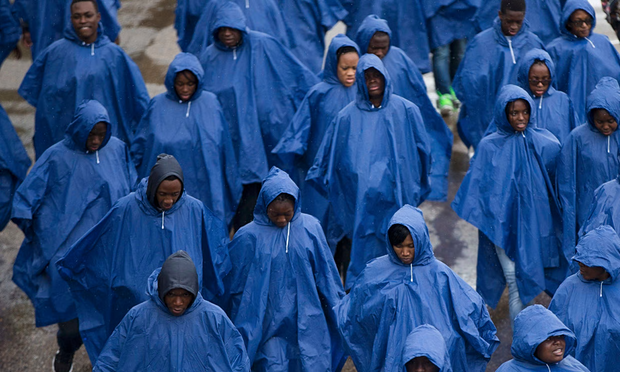 Bookmakers have slashed odds on this being the wettest July on record After Friday’s torrential downpours have been followed by yet more rain on Sunday.

Britain has been hit with more rain as wet weather swept in from the Atlantic.

Saturday provided a brief respite after a month’s worth of rain fell on Friday, but few parts of Britain escaped the downpours on Sunday.

By 7am persistent rain was affecting parts of Devon and Cornwall, Wales and Northern Ireland. Many areas are expected to have up to an inch (25.4mm) of rain on Sunday. The heaviest hourly rainfall was recorded at Cardinham, Cornwall, between 7am to 8am, with more than 10mm.

Norwich had 48mm of rain in the 24 hours to mid-morning on Saturday. The average monthly rainfall for July in some parts of East Anglian is 52mm. Temperatures reached 20C (68F) on Saturday, but on Sunday were down a couple of degrees to 18C, below average for July.

Temperatures are expected to rise a few degrees on Monday, but there may still be some rain around and it will stay cool and unsettled in the coming days, with no obvious sign of any return to the hot conditions of a few weeks ago when 1 July was the hottest day on record for the month. That day temperatures reached 36.7C, melting roads and causing train cancellations.

Bookmaker Coral said it had cut the odds on July being the wettest on record to 2-1 (from 6-1) following reports that more rain is forecast for the rest of the month. The firm said it has received a flurry of bets on this July breaking any previous figure and an increase in wagers on 2015 being the wettest year on record, which is now available at 5-2 (from 4-1).

“Punters have obviously been keeping a close eye on weather forecasts which all suggest we are set for more rain at the end of the month,” said Coral’s John Hill. “At the start of this summer, we saw a lot of money for this year being the hottest since history books began. However, all the bets coming in now are for 2015 being the wettest on record.

Ladbrokes said it had suspended all bets on this July being the wettest on record. Its odds of 2015 being the soggiest year of all time were also down to 7/4, having been 10/1 before the recent downpours.

John Lee, a forecaster with MeteoGroup, said: “July was dry before this recent rainfall so I’m confident it won’t be the wettest July on record. In 2007 when there was flooding the average rainfall for the month across England and Wales was 136mm and I don’t think it will be more than that.”