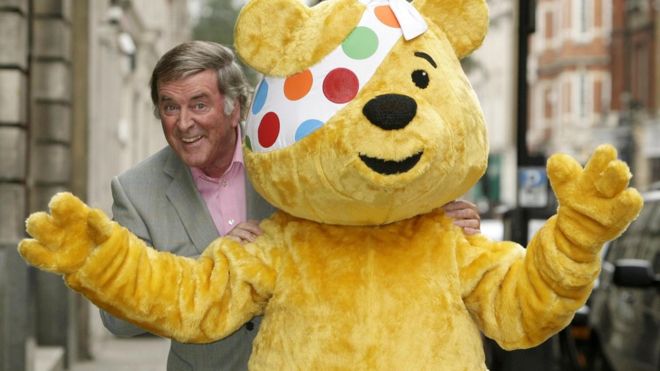 Sir Terry Wogan will miss Friday’s Children in Need fundraiser for “health reasons” – the first time he will not have hosted it since its 1980 launch.

Sir Terry 77, is having a procedure on his back and is understood to have withdrawn in line with doctors’ advice.

He said he would miss “our wonderful, inspiring evening” but would still be “watching, cheering and donating”.

The BBC show is due to be presented by Tess Daly, Rochelle Humes, Nick Grimshaw and Fearne Cotton.

Sir Terry’s replacement would be announced in due course, a BBC spokesman added.

Sir Terry said the annual TV event – which this year is set to feature a special Star Wars sketch with characters C3PO and R2-D2 – would go on “bigger and better than ever”.