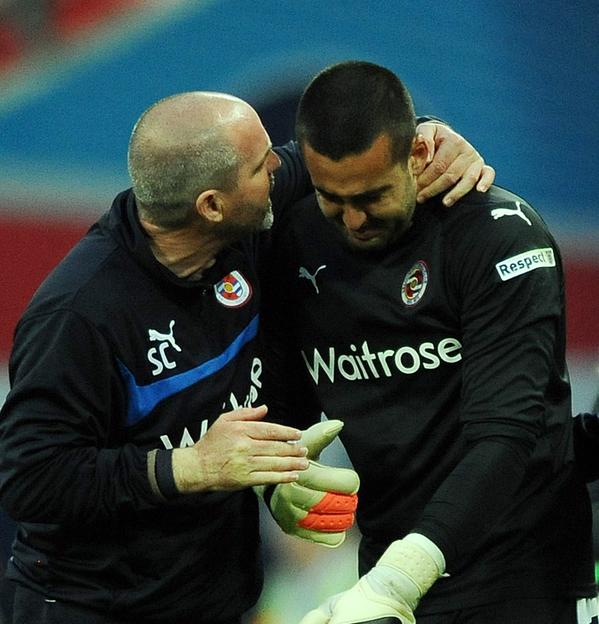 As Season Ticket holders for Reading FC, Operations Director Malcolm Stock and Managing Director Judy Norman were among over 30,000 fans who ‘Dared to Dream’ at Wembley on Saturday.

After holding on well into extra time at 1-1, with Ramsey’s shot saved and immediately followed by rattling the post, both from short range, fans from both sides would have been forgiven for thinking that it just might not be Arsenal’s day.

But a devastating mistake from Reading’s Player of the Season Adam Federici, saw Alexis Sanchez’ shot trickle over the line and 30,000 Reading hearts break in the east end of the ground.

Support for the keeper from both Reading fans and further afield has remained strong, it has been widely commented that with their star Goalkeeper they would not have even got to Wembley, plus two outstanding saves earlier in the game had kept Arsenal at bay. Opposition keeper Wojiech Szczesney said after the game ‘It only went to extra time because he was magnificent’
Read Federici’s thoughts here… http://www.bbc.co.uk/sport/0/football/32379671