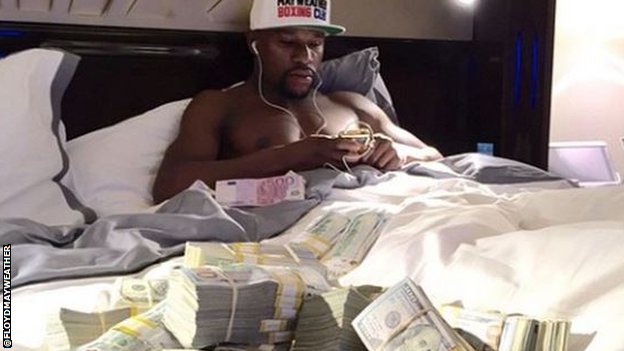 Boxer Floyd Mayweather was the world’s highest-paid sportsman of the past 12 months, according to figures from business magazine Forbes.

Most of that came from his ‘super-fight’ with Manny Pacquiao, whose $160m (£103m) takings made him the second-highest earner.

The figures include salaries, bonuses, prize money and appearance fees, plus estimates of endorsement income for the past 12 months.

Barcelona rival Lionel Messi is fourth on the list, while golfer Tiger Woods remains in the top 10 thanks to his $50m (£32m) worth of endorsements.