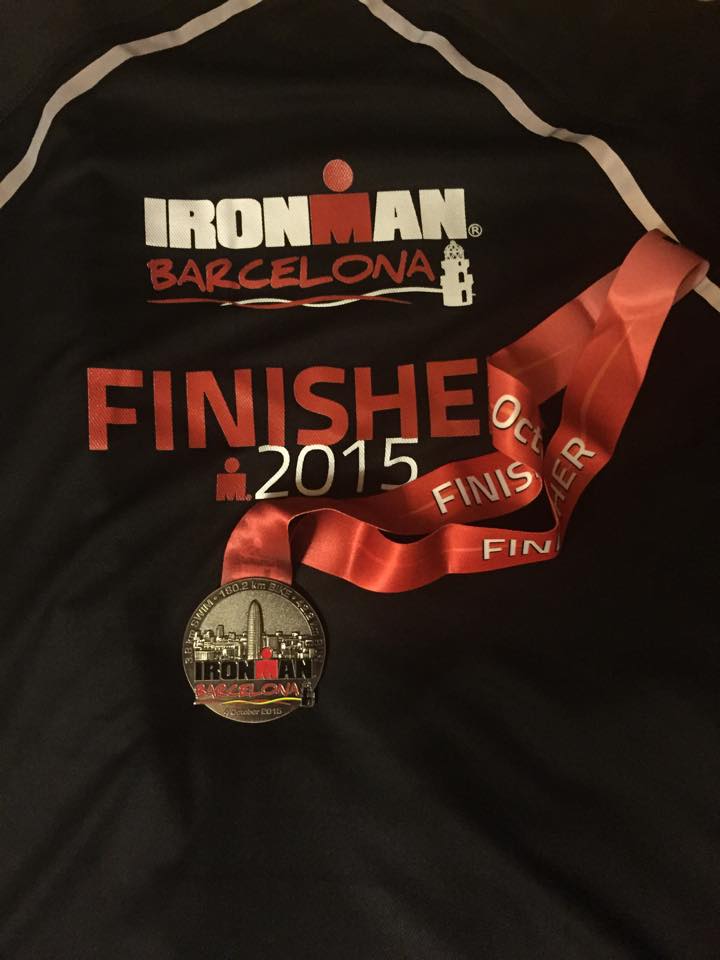 Last Saturday I had the honour of being one of a very few people who knew about a very particular challenge that a friend of mine from my local running club was taking in on.

I am unable to quite understand and put into words what this challenge was and what it meant to him so I steal today the words from his coach….. If you have ever felt like you have failed at something and need the strength and belief that it is still possible then this article is for you.

Please note there is some slightly colourful language in this post!

Around 8 weeks ago I received a message from a broken man,

it basically read-
“I fucked up my Ironman and didn’t finish,
have entered another,
fancy a challenge?
btw, I would like to keep it quiet”

Now, you know by now how I feel about keeping your dreams quiet,
but of course I was going to respect his wishes,
which was a slight challenge due us having A LOT of mutual friends.

This guy had made the start line of Ironman Frankfurt,
but due to a shitty day,
didn’t make the finish line.

He went away and did what everyone would do,
sulked and got drunk,
became the broken man.

Unfortunately for him,
that drunken spell lead to another Ironman entry,
which was just 8 short weeks away in Barcelona.

Que the message to me,
I was stoked to hear the back story and even though we didn’t have much time,
knew we could get some good work in in the 7 short weeks we had together.

So we got to work,
I pushed him HARD,
but he responded,
seldom do I see somebody so dedicated to their goal.

I guess it is kind of the same as the dude who gets RIPPED,
after his girlfriend dumps him for another guy,
that driving force is like a freight train.

There was no stopping him.

Of course he had the odd bitch fit,
a couple of moments of self doubt
and the inevitable phantom injuries.

But almost ALL of the sessions I set,
were completed,
as prescribed,
with the exception of chasing a van full of mouthy builders every now and then.

I could see his fitness improving week on week,
however it seemed his self belief was slightly stagnating,
but for now we let the fitness do the talking,
the mind would catch up.

I have been in this exact same position,
and there is nothing scarier than failing twice in a row,
I’ll tell you that for CERTAIN.

So yesterday was race day,
there were a few minor worries
but we had a plan,
everything was set up and ready to go.

All that was left to do was collect the medal.

Thats a 33 second improvement over EVERY 100metres.
SAY WHAAAAAA

On to the bike,
We had done a little work with a power metre but I am always sure
to be ‘present’ when training so you know how the power feels,
even if the numbers aren’t there.

Now, I will admit, upon seeing his bike splits,
I was starting to panic,
SHIT, He is going too hard,
averaging 32km/h.

Not what I had expected,
due to the course, he biked almost 30 minutes faster than we had planned for.
and maintained the most consistent splits you have seen.

Finally the run,
His arch nemesis,
We had kind of agreed on a Bear Grylls style run,
Stick to the plan for as long as possible,
and then,
Survival mode.

Cut a long story short,
He finished,
with almost an hour off his PB,
Totally stoked.

Spoke to him briefly before his head hit the pillow,
he LOVED it,
and is ECSTATIC with his performance.

No longer a broken man.

What can you learn from him?

1, When you get knocked down,
you get the hell back up and fight harder

2, there really is NOTHING more important in triathlon,
that consistent training,
we didn’t use ANY fancy methods,
we just trained SMART
EVERY DAMN DAY
(Minus the unmentioned to coach, OktoberFest trip a week out from the race!)

3, There really is no failure in failing,
only an opportunity for growth,
the only time you fail,
is the time you stay down.

So today, I tip my hat to you sir,
I am SO FREAKING proud to have been a part of your journey,
and hella glad I don’t have to keep the secret anymore,
Felt like I was have a damn affair!

That shit is stressful!

Congratulations,
I look forward to reading the race report.

P.S. If you have a story like this,
I wanna hear it.
Holla at me.

P.P.S If he can make THAT MUCH improvement in that short time,
Imagine what you can do with a WHOLE Solid winter,
summer results are made in winter,
Get in touch if you want a piece of his glory